It’s 1940 and the vicar of Chilbury closes the choir due to a lack of male singers. But then Primrose Trent, music professor from London, steps up and puts a women-only choir into being: The Chilbury Ladies‘ Choir. At a time of turmoil, heart-break and death, the women support each other and find strength in the music. But then some villagers set a series of sinister acts into motion, that threaten to not only rip apart the choir but the whole village.

I’ve read quite a number of novels set during the Second World War (most recently Their Finest) but none where the women had as prominent a voice as in this one. It consists of letters or diary entries, most of them written by four women. I say „most of them“ because every now and then another character gets a chance to speak; sometimes this character happens to be a man.

It’s been hugely interesting to read about the war from a perspective slightly different than I normally do. Other than the men, who mainly worried about themselves when fighting and thought their families to be fairly safe at home, women had to worry about a lot more. First and foremost, of course, their loved ones at the front, but also themselves and, in the case of mothers, how to provide for their children. Some villages were within reach of german bombers which added another worry.
After reading this book, I’m of the opinion that women are the true war heroes. They held the families together and managed to care for others under very difficult circumstances.

When women find their voices …

Another big development in the book is how the women find their voices. They learn to rely on themselves instead of their men.

„Maybe we’ve been told that women can’t do things so many times that we’ve actually started to believe it.“
– Mrs Tilling, p.40

Especially Mrs Tilling, something like the villages good soul, learns to stand up for herself and what she believes in. She turns from a wallflower who kind of hides behind other people, into someone who defends her loved ones and doesn’t shy back when criticised.
Because of her (and with her) the reader can understand why normal women with a normal life learned their worth during WWII. She is not particularly special in what she’s done so far in her life or in the way she acts and talks. But she quickly learned that without her and the other women the country would have massive problems to make war on the Axis forces – not to mention actually winning said war!

A sense of responsibility – or was it guilt?- hung over me, that I was in some way at fault because of cowering to all these pompous men all these years, when I should have had the bravery to reclaim my own mind. That if we woman had done this years ago, before the last war, before this one, we’d be in a very different world.
– Mrs Tilling, p. 206

The role of music

Music certainly plays a big part in the book. It brings the women together and shows them (maybe for the first time) that they can very well do something without the help of men. It serves as a way to gain strenght during very challenging times and to bring joy to others.

„Music takes us out of ourselves, away from our worries and tragedies, helps us look into a different world, a bigger picture.“
– Primrose Trent, p. 127

The choir is also a springboard for the novel’s actual plot as this book is not primarily about music. It’s about change and how to handle with it. The Second World War brought a lot of change – be it on a more private level like the role of women or generally the shift of power towards the US on the international level.
In the book are examples of people who cope perfectly well (like Mrs Tilling) and others who struggle to adjust. This is especially the case with authorities or the (former) nobility.

If you haven’t realised it so far: I love this book! It’s written beautifully and the topic is very interesting. The Chilbury Ladies‘ Choir is one of the few books that I actually, really did not want to finish. The women from Chilbury turned into friends who I didn’t want to leave.

[Isn’t] love between two people better than hatred, in this world of violence and mourning?
– Mrs Tilling, p. 206

About Jennifer Ryan:
Ryan was born in Kent, GB, and worked in London as a nonfiction book editor. She now lives with her husband and two children in Washington, DC.
Source: The Borough Press

The publisher’s webpage about the book
Deutsche Verlagsseite zum Buch

This site uses Akismet to reduce spam. Learn how your comment data is processed. 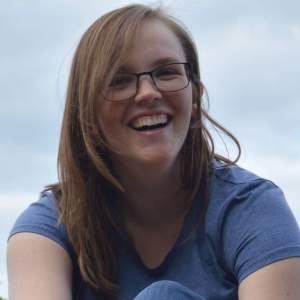